The Redskins have explored moving into the Top 5 of the NFL Draft, according to Mike Garafolo of NFL.com (on Twitter). As it stands, the Redskins are set to pick at No. 15 overall, but they could vault up the board between now and Thursday night. 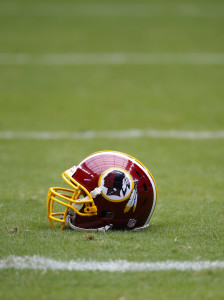 If the Redskins are able to get into the Top 5, they’ll sneak ahead of the Giants at No. 6, which would eliminate one of their biggest competitors at QB. Of course, moving up that far will cost the Redskins and history indicates that they may have to part with a future first-round pick to get a deal done. They can also deal from this year’s Round 2 and 3 picks at No. 46, No. 76, and No. 96 overall.

For now, the Redskins are set to go into 2019 with Case Keenum as their QB. Alex Smith, of course, is sidelined after his gruesome leg injury from last year and Colt McCoy is also working his way back from a broken leg of his own.

Whatever the Redskins do from here, it sounds like a Josh Rosen trade won’t be a part of their plans.