Seahawks Send No. 37 Pick To Panthers

John Schneider gave notice he was on the lookout for additional picks, with the Seahawks entering the draft with a league-low four. He is achieving this goal. 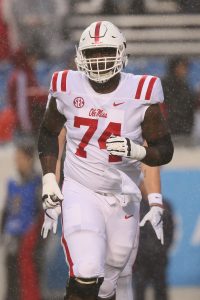 The Seahawks again traded down, giving the Panthers the No. 37 pick. Carolina used it on tackle Greg Little. In return for moving down to No. 47, the Seahawks will add an extra third-rounder — No. 77.

This marks the third time the Seahawks have moved down thus far in this draft, having made multiple deals on Thursday night.