The Broncos issued a new contract offer to cornerback Chris Harris on Tuesday, according to Troy Renck of Denver7 (Twitter link), and Harris and his team have made a counteroffer, tweets Mike Klis of 9News. 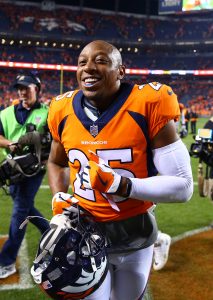 Harris, who is entering the final year of his contract, first discussed an extension with Denver in March, but after no progress was made, the veteran defensive back in April laid down an ultimatum, requesting either a new deal or a trade. Rumors swirled during a draft indicating a trade could be imminent, but once no swap occurred, negotiations have seemingly become less acrimonious. Harris has indicated he wants to remain on the Broncos’ roster, and general manager John Elway spoke with Harris’ agent for the first time last week.

At one point, Harris was seeking $15MM annually on a fresh pact, but that target is essentially a non-starter. Xavien Howard just barely cleared that threshold to become the league’s highest-paid cornerback last week, and he’s four years younger than the 30-year-old Harris. Denver is certainly open to giving Harris a raise from his current $8.5MM/year rate, but the club may not want to over-invest at corner after signing free agents Kareem Jackson (three years, $33MM) and Bryce Callahan (three years, $21MM) earlier this offseason.

Harris appeared in 12 games and posted three interceptions a year ago before suffering a fractured fibula in early December. Pro Football Focus graded Harris, who spent 58% of his time in the slot, as the third-best cornerback in the NFL.