No surprise here – there’s a ripe market for Jaguars star Jalen Ramsey. Teams are interested in trading for the disgruntled cornerback and they’re not low-balling Jacksonville with their trade offers. 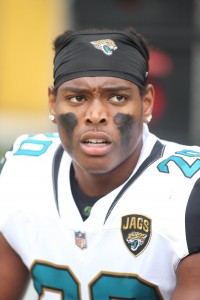 One NFC team has offered up a 2020 first-round pick plus a fifth-round choice in 2021, Dianna Russini of ESPN.com hears (on Twitter). Meanwhile, an AFC team is pitching a first-round pick in 2020, plus an unknown player.

Tensions boiled between Ramsey and head coach Doug Marrone on Sunday and that could be the final straw to break the back of the safety’s relationship with the team. In recent years, Ramsey has been vocal about his dissatisfaction with members of the Jags’ brass, mostly as it pertains to his lack of contract talks. This time around, Ramsey’s beef extends to on-field matters. The Jaguars have asked one of the league’s best cover-men to play in a zone scheme, which doesn’t sit well with him.

Ramsey is under team control through the 2020 season, thanks to the fifth-year option the team exercised this spring. He won’t turn 25 until October, he’s still on a bargain deal for the time being, and he’s one of the very best defensive backs in the NFL. The Jaguars might not want him anymore, but plenty of other teams do.