Despite starting only two games over the past two seasons, Seantrel Henderson is generating interest as a free agent. The Seahawks met with the unattached tackle, according to NFL.com’s Ian Rapoport (on Twitter). 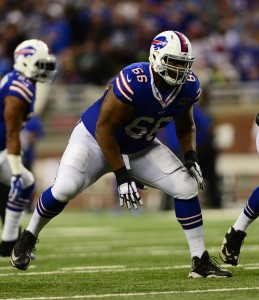 Henderson visited the Bills recently but did not sign with his former team. The Texans released the sixth-year veteran from their NFI list last week.

Both Duane Brown and swing man George Fant were listed on Seattle’s injury report last week. Brown also missed time earlier this season. Henderson has played four games this year, starting for the Texans in Week 1 but playing sparingly after that. He started Houston’s first 2018 game, but a season-ending injury ended that brief first-string stay.

The former seventh-round draft pick has done well to stick in the NFL, first starting 26 games with the Bills from 2014-15 and then serving as a Buffalo backup. Teams are still interested in the former late-round investment, and it’s certainly possible Henderson lands with a contender soon.