Javon Hargrave is preparing for free agency, so the nose tackle hired new representation. The lineman has hired Drew Rosenhaus as his agent, according to the agency on Twitter. 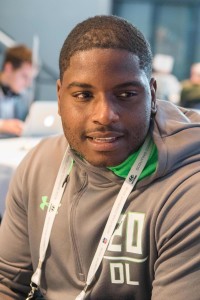 Following a standout career at South Carolina State, the Steelers selected Hargrave in the third round of the 2016 draft. The lineman has spent his entire career with Pittsburgh, missing only a single regular season game. Hargrave built off his breakout 2018 campaign, finishing 2019 with 60 tackles, four sacks, and one forced fumble.

While the Steelers will presumably look to retain their defensive tackle, it may be tough. For starters, the team is already eyeing limited cap space, and the organization will also be looking to retain Bud Dupree. While the team could manipulate some current contracts to open up additional space, they’ll still be restricted.

Plus, the front office previously handed out significant contracts to Stephon Tuitt and Cameron Heyward, so it’s uncertain if they’ll want to invest even more money on the defensive line. Considering Hargrave’s new representation, he probably won’t be taking any kind of discount.