The Colts are down another receiver. Indianapolis rookie Michael Pittman Jr. developed compartment leg syndrome in his calf after their game Sunday and had surgery last night, Ian Rapoport of NFL Network tweets. 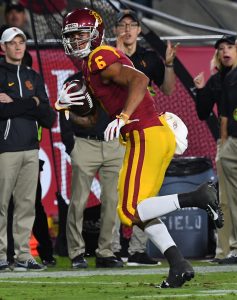 Luckily it looks like it was caught early, as this can be quite serious. As former NFL team doctor David Chao described in a tweet, it’s a “medical emergency” that causes compression of the nerves due to blood swelling that needs to be relieved quickly by surgery. The injury happened during their Week 3 game, but symptoms didn’t pop up until later.

Speaking at a press conference Monday, Colts head coach Frank Reich declined to put a timetable on Pittman’s return. Rapoport however had more details, writing that Pittman is expected to return the game after the Colts’ bye week, which would have him on track for a Week 8 return. The 34th overall pick of this past April’s draft, Pittman was thrust into a sizable role right away.

With Parris Campbell on the shelf with a knee issue, Pittman was going to be counted on even more. He had six targets after Campbell went down against Minnesota, and started Indy’s Week 3 game against the Jets. The Colts will now rely even more on Zach Pascal behind T.Y. Hilton moving forward.m