Seahawks To Meet With Snacks Harrison

Damon Harrison won’t retire after all. The former All-Pro defensive tackle is slated to meet with the Seahawks next week, according to a source who spoke with ESPN.com’s Adam Schefter (on Twitter). The 31-year-old has also drawn interest from the Bears, Packers, and Bengals. 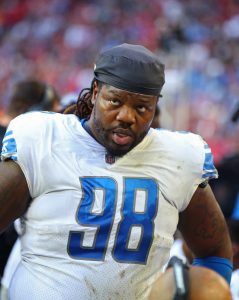 Harrison made his name as a fierce run-stuffer with the Jets before signing a lucrative free agent deal with the Giants in 2016. Then, he was shipped to Detroit midway through the 2018 campaign, where he became the first defensive lineman to appear in 17 games during an NFL regular season. But, even as he was putting in overtime, Harrison was unhappy. Last year, he openly contemplated retirement.

“I came into [2019 training] camp in shape, but during the first three weeks of camp I think I kind of worked myself out of shape because I wasn’t doing anything,” Harrison said in April. “That was a time where, to be honest with you, we were trying to facilitate a trade. I was hell-bent on getting out of there.”

The Lions released Harrison from his one-year, $11MM deal in February, and we haven’t heard his name mentioned since. Now, he’s ready to play. With four clubs interested in his services, it sounds like Snacks is on the verge of making his return. The Seahawks – who lost Bruce Irvin for the year and have most of their starting defensive linemen on the injury report – could certainty use the help.

24 comments on “Seahawks To Meet With Snacks Harrison”