After cleaning house last week, the Lions are set to search for a new GM and head coach. But not necessarily in that order. The Lions aren’t married to any particular structure and may allow their next head coach to help pick the GM, according to Albert Breer of The MMQB. 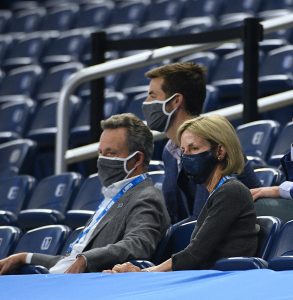 The Lions expected more out of head coach Matt Patricia and GM Bob Quinn, one-time shining stars in the Patriots organization. After their fourth straight season without a playoff appearance, they’ll turn the page for yet another reboot. The good news is that they have enough talent to lure candidates, including an offense led by Matthew Stafford and Kenny Golladay, provided that the receiver can be retained.

Patricia was heralded as a defensive guru but his unit left much to be desired. The Lions are near the NFL cellar for points allowed and they weren’t much better over the last two years — Detroit finished 28th in defensive DVOA in 2018 and 2019.