Last week, the Lions exercised Frank Ragnow‘s fifth-year option to keep him under contract through 2022. Beyond that, GM Brad Holmes: says a long term deal for the young center is a top priority. 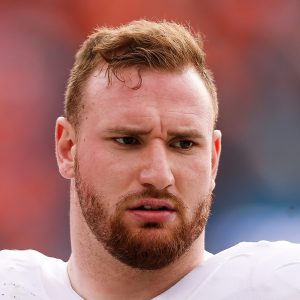 “It’s extremely important. We already view him as a long-term piece and he is a foundational piece because Frank is a guy that plays the game the right way,” Holmes said (via Kyle Meinke of MLive.com). “He’s everything that we look for and what we want as a Lion. I’ll never forget when it first got announced that I got the job, Frank reached out immediately. I told him, ‘Man, huge fan of you and you play the game the right way.’ So, very important to get it done. Not going to comment on timetable right now — that would be a little bit premature — but we’re not sitting back and waiting on that one.”

Ragnow has been first-string for the Lions ever since he was taken with the No. 20 overall pick in 2018. At first, the Lions used the Arkansas product at left guard. In 2019, they shifted him to the middle. He’s started in every game since, save for three missed contests due to injury. Holmes, who took over as the Lions’ GM earlier this year, has every intention of keeping him in place.

Thanks to his Pro Bowl nod, Ragnow’s fifth year will be worth $12.657MM. His next deal could put him in the neighborhood of Chargers center Corey Linsley, who leads the position with a five-year, $62.5MM contract.