49ers defensive end Jordan Willis has been suspended for the first six games of the 2021 season, reports ESPN’s Field Yates (via Twitter). NFL.com’s Ian Rapoport tweets that Willis was banned for violating the league’s policy on performance-enhancing substances. 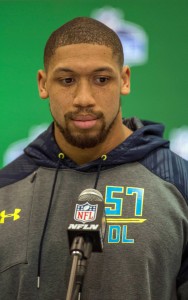 The suspension would basically sideline the defensive lineman through the end of October. However, Willis will be allowed to participate in all offseason practices and preseason contests.

The former third-round pick was already going to be hard pressed to make the 49ers roster. Willis was acquired by the 49ers last season, and he was re-signed by the organization earlier this year. However, the team also added Zach Kerr and Maurice Hurst this offseason, pushing Willis down the depth chart.

In 50 career games split between the Bengals, Jets, and 49ers, the 26-year-old has collected 65 tackles and 5.5 sacks. He collected 13 tackles and five QB hits in seven games for San Francisco last season.