Free agent Kawann Short has been cleared for football activity (Twitter link via Adam Schefter of ESPN.com). That’s great news for the defensive tackle, who was sidetracked by shoulder surgery last year. 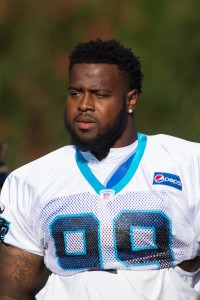 Schefter adds that the ex-Panther and two-time Pro Bowler is already is in discussions with a handful of teams. We haven’t heard much about him since he was released in February, but he has heard from clubs with interest in one-year deals. New Panthers GM Scott Fitterer also told Short he’d be open to a reunion, though it’s not clear if that’s still a possibility.

Short, 32, has played in just five games over the past two seasons. He’s torn both of his rotator cuffs in that span, preventing him from doing his usual fine work. Before all of that, Short was a key pillar of the Panthers’ defense. His first nod came in 2015 when he registered eleven sacks. In 2017, he turned in a 7.5-sack season. And, just two years ago, he earned his second Pro Bowl nod.

The veteran won’t match his previous $16MM AAV, but plenty of teams should be willing to put a deal on the table. The Bills, led by old friends Brandon Beane and Sean McDermott, could make some sense, though they’re already well set up front.