The Raiders will release cornerback Nevin Lawson today in order to fill other areas of need (Twitter link via NFL.com’s Ian Rapoport). If Lawson goes unclaimed, the Raiders will try to bring him back to the practice squad. 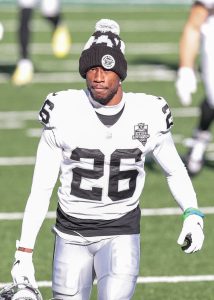 Lawson, who began his career with the Lions, joined up with the Raiders in 2019. He didn’t have the best debut year. If he had enough snaps to qualify, his 60.8 overall score from Pro Football Focus would have placed him somewhere around the No. 70 CB mark. Still, the Raiders stuck with him and got better results in 2020. Last year, he started in nine of his 14 games and registered 61 tackles, four passes defensed, two forced fumbles, and one sack.

The 30-year-old was gearing up to return in Week 3, following his two-game suspension. Rather than activating him, they’ll pad out the rest of their badly-bruised roster. In recent days, the Raiders have watched guard Denzelle Good, running back Josh Jacobs, quarterback Marcus Mariota, defensive tackle Gerald McCoy, and other key players head to the trainer’s room.

The Raiders, without Lawson, will try to stay undefeated on Sunday when they face the Dolphins in Vegas.