Knee trouble has plagued Marquise Blair for much of his career, and the former second-round pick has run into perhaps his toughest challenge yet. 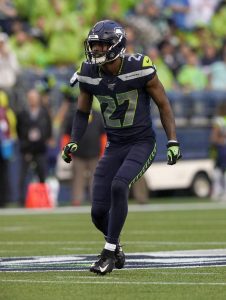 The third-year Seahawks cornerback suffered a fractured right kneecap, and Pete Carroll said (via the Seattle Times’ Bob Condotta) season-ending surgery is on tap. This marks the second straight year Blair’s season has ended early because of a right knee injury. Blair suffered a torn ACL in 2020. Blair suffered this latest injury in the fourth quarter of the Seahawks’ Monday loss to the Saints.

Blair sustained a torn left ACL during his junior season at Utah but bounced back in 2018 to be one of the top corners drafted. The Seahawks selected Blair 47th overall in 2019 and used him in a part-time role as a rookie. He played in just two games last season but had bounced back to rotate with Ugo Amadi at Seattle’s nickel spot. Amadi, a 2019 fourth-round pick, will move forward in that role.

This is certainly a concerning run of setbacks for Blair, whose rookie contract runs through the 2022 season. While the Seahawks salvaged their 2019 draft by choosing D.K. Metcalf later in the second round, Blair and first-rounder L.J. Collier have not been able to contribute much.