The Ravens entered today’s game without their starting left tackle, and exited it with their top replacement option unavailable as well. Ja’Wuan James left the contest due to an injury which head coach John Harbaugh has since announced is a torn Achilles (Twitter link via NFL Network’s Mike Garafolo). 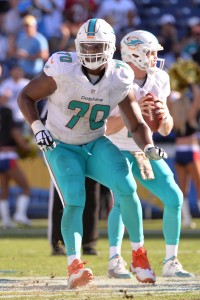 The news is a crushing blow for the 30-year-old. James’ appearance today was his first since 2019, as he had just made his way back from the Achilles tear which ended his time with the Broncos. After signing with the Ravens last offseason, there was a chance he would have been able to play, but he remained sidelined as 2022 insurance for All-Pro Ronnie Stanley.

The latter’s lingering ankle problems led to him being declared inactive yesterday. Stanley has played just one game since October 2020, and his absence was a significant contributor to the Ravens’ offensive line struggles last year. The team took steps to add both starting and depth options over the offseason, including retaining James despite his injury uncertainty. It was confirmed during the summer that James would be the primary backup on the blindside, even though his experience all-but exclusively came as a right tackle.

Free agent signing Morgan Moses manned that spot, and he is expected to do so despite James’ injury. Filling in for James was Patrick Mekari, who spent most of last season as a fill-in at RT while the Ravens dealt with Stanley’s absence. The former UDFA has proven himself an effective backup across the line, and will likely start at left tackle next week unless Stanley is able to return – something which the team now requires with even more urgency than before today.