Long-time Ravens assistant coach Clarence Brooks has passed away following a battle with esophageal cancer, the team announced the morning. Brooks was 65-years-old, and he was the longest-tenured member of the Ravens’ coaching staff. 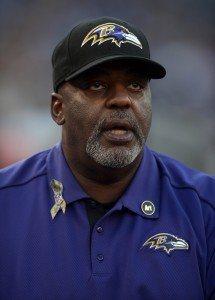 Brooks first joined the organization back in 2005 as the team’s defensive line coach, and John Harbaugh declared him “the greatest defensive line coach” he’s ever worked with. Jason La Canfora tweets that much of the Ravens defensive success has been attributed to Brooks, while Jeff Zrebiec of The Baltimore Sun tweets that Brooks was “one of most popular and beloved assistants that Ravens have ever had.”

Garrett Downing of BaltimoreRavens.com highlights the respect the Brooks had earned in the locker room, adding that it “was evident throughout the last two seasons as he continued coaching despite the cancer diagnoses.” His wife, Justa, also remarked on the impact he left on his players.

“We knew he loved his players,” she said. “Through all of this, we’ve found out how much his players loved him. We thank everyone for the loving support.”

Prior to his tenure with the Ravens, Brooks spent time on the Dolphins, Browns, and Bears coaching staff. He also coached at the University of Arizona, Syracuse, and the University of Massachusetts, where he played for three seasons.

Our thoughts and condolences are with Mr.Brooks’ family and friends.

The former Vikings head coach was dismissed recently, when the Buccaneers opted to not pick up his option to remain on staff as their defensive coordinator.

Frazier and the Ravens do not have a contract in place yet, but a verbal agreement’s been established, per Zreibec (on Twitter).

Although Frazier, the Vikings’ head coach from 2011-13, coached the Colts’ defensive backs during their Super Bowl campaign in 2006, his title was assistant head coach. A defensive coordinator or head coach since the Bengals hired him in 2003 to run their defense, the 56-year-old Frazier hasn’t been purely a position coach since presiding over the Eagles’ secondary from 1999-2002.

The Bucs’ defense ranked 25th and 23rd the past two seasons, respectively.

Here are some more items regarding the Ravens’ coaching staff and front office.