4:20pm: The Seahawks have confirmed that Lynch had indeed reported to camp, ending his holdout, tweets Bob Condotta of the Seattle Times.

2:07pm: After remaining absent from training camp for a little over a week, Marshawn Lynch will end his holdout and report to the Seahawks within the next 24 hours, sources tell Adam Schefter and Adam Caplan of ESPN.com (via Twitter). According to Schefter (via Twitter), Lynch won’t get a new deal or a raise from Seattle, but the team is expected to make some financial concessions on his contract. 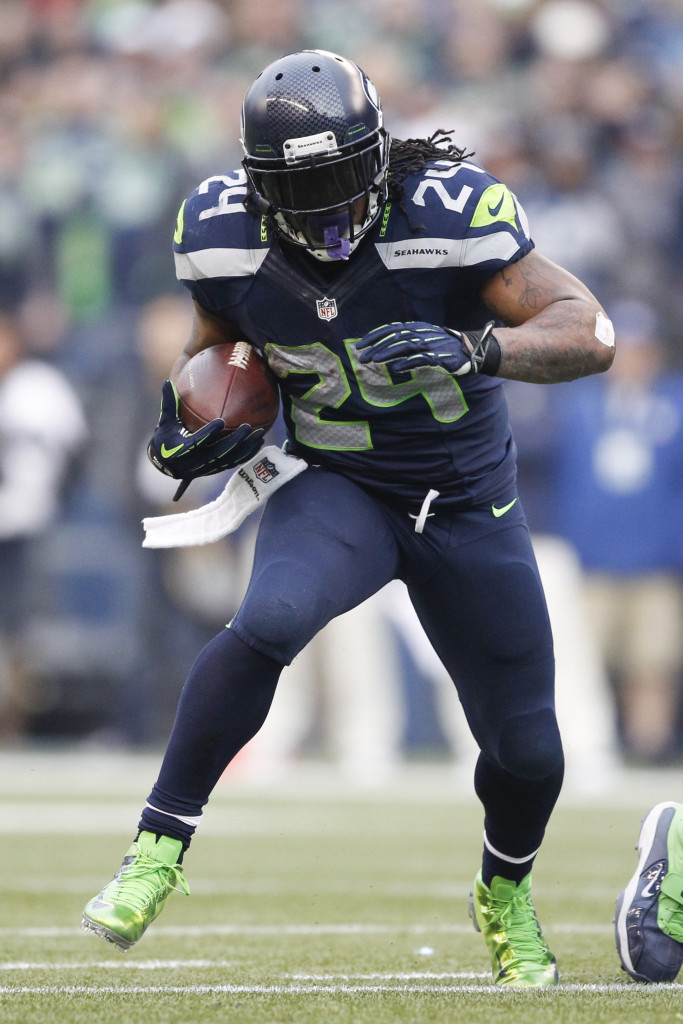 Lynch, 28, finished the 2013 season with 1,257 yards, giving him his third straight 1,000-yard season. He also registered 14 total touchdowns, a career-high. While Lynch didn’t play a big role in the Seahawks’ Super Bowl romp over the Broncos, he has been an integral part of the team for the past three seasons and change, and was seeking a raise heading into the third year of his four-year contract. The average annual value of that pact placed Lynch among the league’s top five highest-paid running backs, but in terms of base salaries, the 2014 ($5MM) and 2015 ($5.5MM) figures were more modest, as well as a step down from his 2013 salary ($7MM).

Having just signed Lynch to an extension two years ago, the Seahawks were steadfast in their refusal to rework his deal, with GM John Schneider repeatedly pointing to a blueprint that the club had put in place years ago — that plan allowed the team to reward Lynch with his previous extension, but didn’t afford the flexibility for another raise, particularly as other key contributors like Richard Sherman, Earl Thomas, and Michael Bennett signed extensions of their own.

Lynch was subject to fines of up to $30K for each day of camp he missed, and the Seahawks could also have pursued a portion of his signing bonus. With the running back set to report, it seems unlikely that those fines will be assessed, so perhaps those are the “financial concessions” mentioned by Schefter. It’s also possible that the team could insert some additional incentives into the last two years of Lynch’s deal, which wouldn’t necessarily increase his cap number for now, but could give him the opportunity to earn some bonus money.

With Lynch set to report this week, the NFL’s lone holdout at the moment is guard Alex Boone of the 49ers. While several reports had indicated the Seahawks were unlikely to relent on Lynch, the same can’t be said of the Niners and Boone, so it will be interesting to see which side caves first in that situation, or whether a compromise can be reached.

When Lynch officially reports to training camp, the Seahawks will have to remove him from their reserve (did not report) list, which will mean cutting someone on the 90-man roster to clear a spot for the standout running back.