The Browns are set to hire Colts pro scouting coordinator Andrew Berry as VP of Player Personnel, sources tell Adam Schefter of ESPN.com (on Twitter). The position is believed to be the Browns’ top personnel job, though Sashi Brown will continue to have final say over the roster. 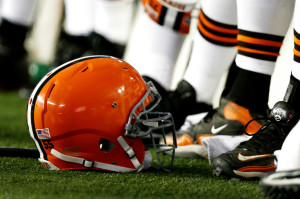 The Browns previously interviewed Lions senior personnel executive Brian Xanders and former Falcons director of player personnel Lionel Vital for their top available personnel position. Up until now, Berry was not mentioned as a candidate for the job. The hiring of Berry seems to have come out of left field, but it’s not the team’s most surprising hire of the offseason. Just weeks ago, the Browns hired longtime baseball exec Paul DePodesta for a front office role.

Berry, who has spent the last seven seasons with the Colts, served as the team’s pro scouting coordinator from 2012 though 2015. With Berry hired as VP of Player Personnel, the team’s heavy lifting in the front office and on the sidelines is likely done. In recent weeks, the team promoted Brown to executive vice president of football operations and hired ex-Bengals offensive coordinator Hue Jackson as head coach.