The Titans have Bucs exec Jon Robinson as the “frontrunner” for the GM job, Jason La Canfora of CBSSports.com tweets. An announcement finalizing his appointment could come as soon as Thursday. 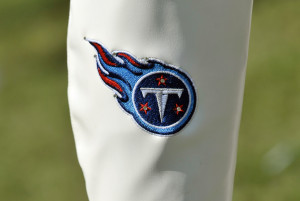 Robinson spent the bulk of his career with the Patriots, where he worked with Buccaneers GM Jason Licht. It was Licht who later brought Robinson to Tampa. Alex Marvez of FOX Sports (on Twitter) hears that the Titans have started telling other potential GM candidates that they have not gotten the job, so all signs are pointing to Robinson getting the position.

Robinson, a Tennessee native, was mentioned as a potential candidate for the job shortly after Ruston Webster was let go. This time last year, Robinson was a candidate for the Jets’ GM vacancy, a job that ultimately went to former Texans scouting director Mike Maccagnan.

Webster joined the Titans in 2010 as VP of player personnel and was elevated to the GM job two seasons later. The team’s 18-46 record during his tenure is tied for the second worst in the NFL.