7:02pm: Allen will get $800K, including an $80K signing bonus, per John McClain of the Houston Chronicle (Twitter link).

4:27pm: The Texans officially announced the deal, as Aaron Wilson of The Houston Chronicle tweets.

2:16pm: Free agent safety Antonio Allen is signing with the Texans, according to Jason La Canfora of CBSSports.com (on Twitter). Aaron Wilson of The Houston Chronicle (Twitter link) first reported that the two sides were working towards a deal. It’s a one-year deal, per Manish Mehta of the Daily News (on Twitter). 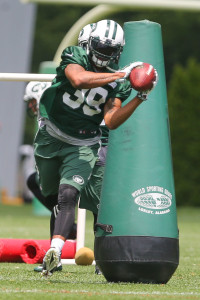 Allen missed the entire 2015 campaign with an Achilles injury. Prior to that, the 27-year-old (28 in September) made 18 starts in the Jets’ secondary from 2012 to 2014. The former seventh-round pick assumed a major role for the team in 2013, starting nine games at safety and accumulating 60 tackles. In 2014, he saw some time at cornerback when New York’s depth chart at the position thinned out.

Allen was the last Jets draft pick from 2012 to still be on Gang Green’s roster. Now that he has signed with Houston, there are no more players left from that year’s class with the Jets.

In other Texans news, new quarterback Brock Osweiler was reportedly instructed by his agent not to take any calls from Denver brass until he reached agreement with either the Broncos or Texans. Ultimately, Osweiler left the Broncos for a four-year, $72MM deal in Houston.