The Cowboys could sign Austin Davis today, according to Charean Williams of the Star-Telegram (on Twitter). However, they will continue to keep an eye on the waiver wire to see what quarterbacks may become available. 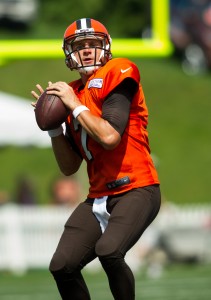 Dallas flirted with the idea of trading for a quarterback after Kellen Moore broke his leg and the QB search went into high gear after Tony Romo suffered a serious back injury in the preseason. However, the Cowboys have found that the asking price for established quarterbacks is too high for their liking. Josh McCown was once a target for Dallas, for example, but they did not want to give up a fourth-round draft choice for him.

In Davis, the Cowboys see a much cheaper alternative to the McCowns and Glennons of the world. However, one has to wonder if he can be as effective on the field as those guys if called upon.