Giants To Work Out Donte Whitner

The Giants will work out free agent safety on Donte Whitner on Sunday, according to Ian Rapoport of NFL.com (Twitter link). Whitner has been sitting on the open market since April after being released by the Browns. 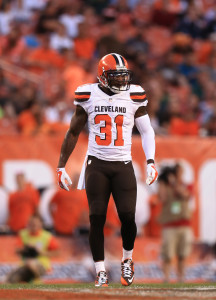 Whitner, who has drawn offseason interest from the Rams and Panthers, is still a productive player as he enters his age-31 season. In 2015, he started 14 games in Cleveland, defensing four passes, forcing one fumble, and posting 1.5 sacks. Whitner also graded out well via the advanced metrics at Pro Football Focus, which rated him as the league’s No. 24 safety among 89 qualifiers.

3 comments on “Giants To Work Out Donte Whitner”