The Redskins have placed tight end Niles Paul on injured reserve with an torn labrum, head coach Jay Gruden announced to the media today. In a corresponding move, Washington announced that it has signed offensive tackle Blaine Clausell off the Ravens’ practice squad. 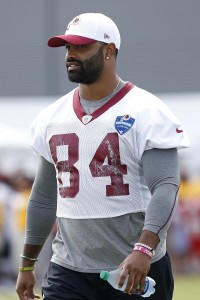 Paul, 27, had played on less than 20% of the Redskins’ offensive snaps, and had garnered only two targets while playing behind Jordan Reed and Vernon Davis. Known more for his run-blocking aptitude than his receiving prowess, Paul had also been a key special teams player, having seen action on nearly two-thirds of Washington’s ST plays. Paul is currently signed through the 2017 campaign as part of a three-year extension he agreed to in 2015.

Speaking to reporters, Gruden indicated that the Redskins would consider adding an outsider to fill Paul’s role, but the team also has an internal candidate to take his place. Derek Carrier, who began the season on the PUP list, began practicing again today, opening a three-week window during which Washington can choose to activate him. The Redskins also boast tight end Wes Saxton on their practice squad.

Clausell, 24, was an undrafted free agent out of Mississippi State in 2015. He’ll slot in behind Ty Nsehke, Morgan Moses, and Vinston Painter at offensive tackle while Trent Williams serves his four-game suspension.