NFL To Bring Back Veteran Combine

The NFL is bringing back the veteran combine, according to Mike Garafolo of NFL.com (on Twitter). The combine debuted in 2015 but was shelved for 2016. The 2017 combine will take place in Phoenix, Arizona in March.

This year, however, the rules are a little different. This iteration will be only for players who signed their first deals from 2014-16, not for aging vets (Twitter link via Ian Rapoport of NFL.com). 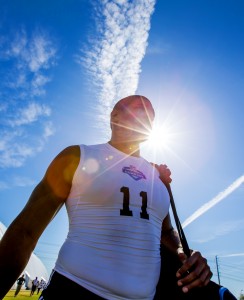 At the first combine, upwards of 2,000 players applied to audition and 105 of them were approved to work out. Of that group, only two players landed on rosters to start the season: linebacker Brandon Copeland (Lions) and tight end Ifeanyi Momah (Cardinals). There are a few more players from that workout who currently have 53-man roster deals, including center Ben Gottschalk (Buccaneers), defensive end Brandon Copeland (Lions),

Notables to show their stuff for teams included former Missouri defensive end Michael Sam, ex-Notre Dame quarterback Brady Quinn, and former Arkansas running back Felix Jones. Former Rams and Redskins defensive end Adam Carriker impressed on the bench press, but more attention was given to the disappointing performances by vets like running backs Mikel Leshoure and Michael Bush. Bush made headlines when he ran the 40-yard-dash in 4.91 seconds, a time that we have seen bested by offensive line prospects.

3 comments on “NFL To Bring Back Veteran Combine”