The Bears will keep one of their top special-teamers in Chicago, reaching an agreement to re-sign safety Chris Prosinski, Adam Jahns of the Chicago Sun-Times tweets. They also kept defensive lineman C.J. Wilson.

Prosinski’s deal is for one year, the team announced. The Bears signed Prosinski to a one-year contract last March. 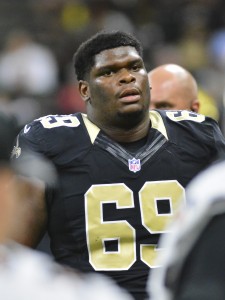 A former Jaguars fourth-round pick in 2011, Prosinski has played the past two seasons with the Bears. He saw action on 174 defensive snaps last season, operating as a backup mostly. Prosinski will rejoin a Bears secondary that now houses Quintin Demps and will assuredly be used on most of Chicago’s specialty units again.

The soon-to-be 30-year-old safety made 18 tackles last season. He made one start in 2016 and five in ’15. Prosinski resided in Dallas Robinson’s top 15 available safeties. He did not generate any interest, at least publicly, from other teams in his latest UFA foray.

Wilson caught on with the Bears after a nomadic season that saw him become part of several NFL transactions. The former Packers starter bounced around to several spots before landing in Chicago midway through the 2016 campaign. Wilson will turn 30 next week and should he make the Bears’ 53-man roster, this will be his eighth NFL season. Although, he had issues sticking on teams’ active rosters last season.