The Ravens are mulling a reunion with defensive back Lardarius Webb just days after releasing him, tweets Jason La Canfora of CBSSports.com. Additionally, Baltimore may be closing in on agreement with free agent cornerback Morris Claiborne, as several teams with interest in Claiborne believe he’ll ultimately land with the Ravens, per La Canfora. 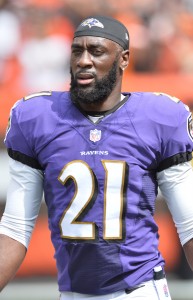 Baltimore cut ties with Webb on Friday after agreeing to terms with fellow safety Tony Jefferson, a cost-saving move that saved the club $5.5MM in cap space. Presumably, a potential Webb return would come with a lower price attached. Webb had spent his entire eight-year career in Baltimore appearing in 111 total games with 82 starts. Last season, the 31-year-old finished with 73 tackles, one sack, and one forced fumble in 16 games (all starts).

Claiborne, meanwhile, was first linked to the Ravens last week. The 26-year-old transformed himself from a former draft bust to a legitimate top corner in his fifth NFL season, ranking as Pro Football Focus 12th-best corner last year year. Re-signed to a one-year deal worth only $3MM in 2016, Claiborne played in seven and posted one interception. Injuries forced Claiborne to miss more than half of the regular season, though he did return for the postseason.