Packers defensive lineman Letroy Guion had a blood alcohol content of .086 an hour after his June 21 arrest for driving under the influence in Hawaii, reports the Associated Press. He also smelled of alcohol and marijuana, per the AP, and was stumbling when he walked and slurring his speech. 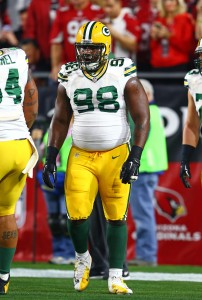 “I know I’m drunk,” Guion told the arresting officer who pulled him over after observing his 2017 Porsche Cayenne drifting between lanes. “I’ve been drinking Hennessy all night. I don’t drink any of that weak stuff, only the hard stuff.”

These details certainly don’t bode well for Guion, who’s already in line to serve a four-game suspension for violating the NFL’s policy on performance-enhancing drugs. A longer ban now looks like a possibility, as do legal consequences, which could lessen Guion’s chances of suiting up for the Packers again. Another suspension would be the third for Guion, who earned his first ban for a violation of the league’s substance abuse policy in 2015. After the league hit him with his PED suspension, Guion agreed in March to a restructured contract, one that both delayed and reduced the value of his bonuses.

Guion, who turned 30 the day of his arrest, is coming off his third season with the Packers. He started in all 15 appearances last season, racking up 30 tackles and ranking 63rd in performance among Pro Football Focus’ 127 qualified interior defensive linemen.