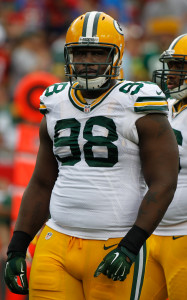 Guion, 30 in June, made 15 starts for the Packers last year and racked up 30 total tackles. He’s currently set to enter the second season of a three-year deal worth $11.25MM. Depending on the nature of the suspension, his guaranteed cash could be in jeopardy.

In other Packers news, the team reached out to cornerback Davon House on Tuesday. House became a free agent this week when the Jaguars cut him loose.