The Jets have claimed former Giants tight end Will Tye, according to ESPN’s Field Yates (via Twitter). 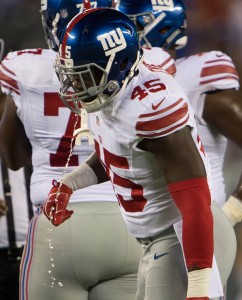 Tye, 27, had started 17 games for the Giants over the past two seasons. Since entering the league as an undrafted free agent in 2015, Tye has averaged 45 receptions, 430 yards, and two touchdowns per year.

After drafting Evan Engram in the first round of this year’s draft, Big Blue did not have as much need for Tye. Gang Green, on the other hand, could use some tight end depth, especially while Austin Seferian-Jenkins serves a two-game suspension to open the season. ASJ has had a nice offseason, and the Jets do have a promising rookie, Jordan Leggett, waiting in the wings, but adding another reliable option at the tight end position makes plenty of sense.

4 comments on “Jets Claim Will Tye”