Lions linebacker Paul Worrilow suffered a MCL strain on Sunday and is expected to miss two-to-four weeks, according to Dave Birkett of the Detroit Free Press (Twitter link) and Ian Rapoport of NFL.com (Twitter link). 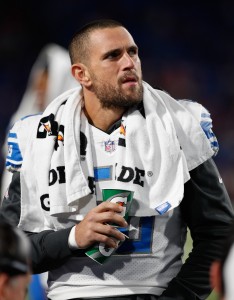 Worrilow, signed away from the Falcons this spring, has started two games for Detroit in 2017 and served as a full-time player in base packages. That means he’s playing on roughly a third of the club’s defensive snaps, and he’s managed six tackles in that capacity. Perhaps Worrilow’s most critical role has come on special teams, however, where he’s seen action on nearly 80% of the Lions’ plays. Detroit is typically excellent on special teams under general manager Bob Quinn and head coach Jim Caldwell, and this year is no different, as the team ranks first in ST DVOA.

Steve Longa is Worrilow’s direct backup, so he could be in for increased snaps (he’d played just two heading into Week 4). Veteran Nick Bellore and rookie Jalen Reeves-Maybin are also on Detroit’s roster and could see more usage.