Panthers owner Jerry Richardson has been in the news for the wrong reasons after recent allegations of work misconduct came to light over the past few days. However, in a sudden shift, the longtime owner has announced that he will be selling the franchise this offseason. 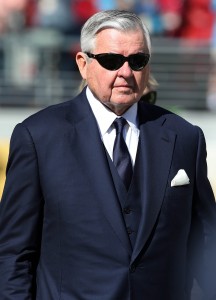 In his statement, Richardson provided little detail about why he was stepping away from football, but you can expect that it stems from the current NFL investigation reviewing Richardson’s behavior in the workplace since entering the league in 1995.

It has been reported that the investigation deals with both sexual and racial slurs over the years. Reports have also revealed that the owner apparently paid out settlements in order to keep this incidents from going public. The NFL recently announced that they would be leading their own investigation into the matter, although it’s open question to how this news affects that process.

The 81-year-old has been the only owner the Panthers have ever known and has brought the team to two Super Bowl appearances since the franchise entered the NFL over 22 years ago. There’s still much left to be settled regarding the sale of the team, even though it should become more clear who the prospective buyers might be in the months to come.

Nevertheless, Richardson leaves his position having made a large imprint on both the league and in the Carolinas. It remains to be seen where the investigation may go, but we do know that the Panthers franchise will take a dramatic change in direction after this season comes to a close.