The Dolphins have officially announced that they have hired former Bears offensive coordinator Dowell Loggains to the same position. Ian Rapoport of NFL.com first reported the news about two weeks ago (Twitter link). Rapoport added that former offensive coordinator Clyde Christensen will “likely remain with the team and transition to a new role”. 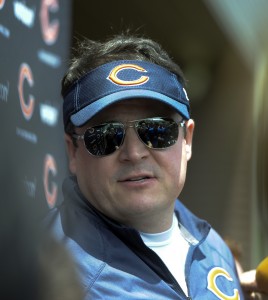 It was originally unknown what role Loggains was interviewing for when he met with team officials on Tuesday, but we now know that head coach Adam Gase wanted to bring in a familiar face to work help run the offense in Miami. The two coaches previously worked together with the Bears when Gase was an offensive coordinator and Loggains was the quarterbacks coach.

While Loggains should have a crucial role in game planning, Gase will still call the team’s plays on Sundays, reports Armando Salguero of the Miami Herald (Twitter link).

With the Dolphins offensive coordinator role now set, the man who held that post in 2017 is still awaiting what role he will have on the offensive staff next season. The Dolphins could look to further shake things up as the team’s offense was inconsistent to say the least with Jay Cutler at helm in 2017, rather than Ryan Tannehill who sat at the entire regular season recovering from a knee injury he suffered in training camp.