Before settling on Brian Gutekunst as their new GM, the Packers interviewed Doug Whaley for the job, as Michael Cohen of the Journal Sentinel writes. Whaley was the only out-of-house candidate to interview for the job. 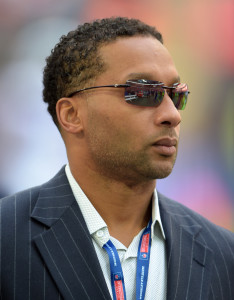 “Doug Whaley really did a job with the interview,” Murphy said. “I think it was not confirmed, but he was the fourth interview. I knew him a little bit, so I enjoyed having a chance to spend some time with him. I’m a Bills fan, so I follow the Bills a little more closely than some of the other teams. But he put together that roster, and it’s a playoff team without a great quarterback. It made the playoffs. They have a good roster. I think that was a tribute to him. Very interesting candidate. Fascinating background. Was a stockbroker for a year, about to be a pilot and done a lot of good things. And obviously served as a GM and his background with the Steelers was intriguing, too.”

The Bills didn’t win a ton of games under Whaley’s watch, but they did snap their playoff drought this year with a roster that has Whaley’s fingerprints all over it. That was enough to garner Whaley interviews for the Packers’ opening as well as the Browns’ GM job, though it’s unlikely that Cleveland genuinely considered any candidate other than John Dorsey.