The Browns have agreed to a three-year, $12MM deal with free agent cornerback Terrance Mitchell, according to Adam Schefter of ESPN.com (Twitter link). 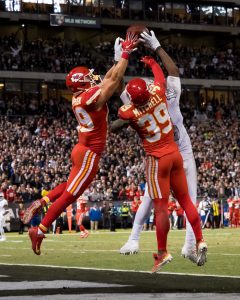 Cleveland has spent the early portion of free agency adding mid-tier free agents, but the club had yet to address their secondary. The Browns reportedly had interest in the top cornerback on the market in Trumaine Johnson, but they’ll instead settle for Mitchell, whom general manager John Dorsey know from the pair’s time in Kansas City.

While the Browns can use all the help they can get after ranking 27th in pass defense DVOA, it’s unclear exactly how much Mitchell can offer. Last season, he ranked as a bottom-20 corner, per Pro Football Focus, while posting the most starts (nine) of his career. Mitchell, 25, did put up four interceptions, but his overall coverage marks left much to be desired.

Mitchell will now join a Browns secondary that also includes Jason McCourty, Jamar Taylor, and Briean Boddy-Calhoun, among others.