Richie Incognito Says He Will Follow Through On Retirement 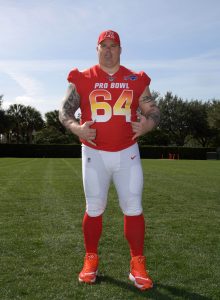 “It pisses me the [expletive] off. The contract and all that pissed me [off] and all that, but (retiring) has nothing to do with that,” Incognito said (Twitter link via Vic Carucci of The Buffalo News), which marks a shift from his previous stance that a pay raise could entice him to play one more season.

When asked whether there was a chance he’d change his mind, Incognito said, “Absolutely not.” Just hours earlier, Incognito said that he had until Sunday to figure out his football future, so it’s still a situation worth monitoring.

Incognito, fresh off of a third consecutive Pro Bowl appearance, agreed to take a pay cut for the 2018 season. Weeks later, he fired his agents via Twitter. On the surface, Incognito’s retirement threat looked to be an attempt to recoup that lost money. For his part, the veteran says that he is simply prioritizing his health over future earnings. Incognito told Carucci that his liver and kidneys are “shutting down,” so his best option might be to walk away from football.