Saints running back Mark Ingram has stayed away from the team so far this offseason has he angles for a new contract. However, he plans on being in attendance for the team’s mandatory minicamp in mid-June, according to coach Sean Payton (via Josh Katzenstein of the Times-Picayune). 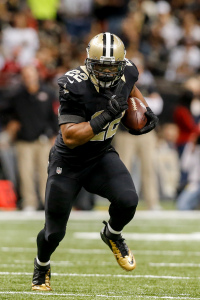 Offseason Team Activities (OTAs) are voluntary and some players choose not to attend, whether it be because of contract issues or personal preference. In Ingram’s case, he is sitting out OTAs to try and push the Saints to give him a new contract. A holdout during mandatory minicamp would be costly, so it only makes sense for Ingram to report to New Orleans in June.

In light of Ingram’s four-game PED suspension to start the year, it seems unlikely that the Saints will give him a new deal right now. His best bet might be to perform at a high level starting in Week 5 to compel the team to give him an extension, but the Saints may only be willing to go so far with young star Alvin Kamara and a cast of quality backups in the mix. The Saints were also open to dealing Ingram this offseason, though a pre-Halloween midseason trade could be a possibility.