It sounds like Junior Galette has another suitor. The free agent linebacker is set to visit with the Rams tomorrow, reports ESPN’s Adam Schefter (via Twitter). 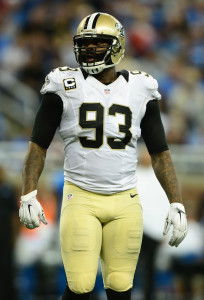 There’s been plenty of interest in the 30-year-old’s services, but he still hasn’t been able to catch on with a team. The Rams and Browns reportedly had interest in the veteran earlier this offseason, and the Raiders were considering a pursuit. We most recently heard that Galette could still return to the Redskins, where he had spent the past three seasons. There were even rumblings that the linebacker could consider retirement, but it sounds like it hasn’t gotten to that point.

Galette broke onto the scene in 2013 and 2014, compiling 22 sacks between the two seasons. A pair of torn Achilles injuries forced him to sit out the 2015 and 2016 season, and he looked a step slower in his return to football last year. He ultimately finished the 2017 season with 20 tackles, three sacks, two passes defended, and one forced fumble in 16 games off the bench. Galette also finished with 25 pressures, and he was graded as the league’s No. 30 edge defender among 106 qualifiers, per Pro Football Focus.

Behind the projected starters, the Rams linebacker depth chart is composed primarily of recent draft picks, including Ogbonnia Okoronkwo, Ejuan Price, Trevon Young, Micah Kiser, and Bryce Hager (as well as free agent addition Ramik Wilson). The team could benefit from adding a veteran to that mix .