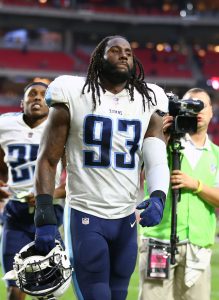 Walden, 33, signed a one-year deal with the Seahawks earlier this year, but didn’t make the final cut and was released from injured reserve last week. The veteran pass rusher spent the 2017 campaign with the Titans, appearing in all 16 games while managing four sacks and 36 tackles. Walden posted 11 sacks as recently as the 2016 season, but he’s struggled to find contracts in recent years despite that production.

Kikaha, meanwhile, was the 44th overall selection in the 2015 draft, but he’s been beset by injuries and ineffectiveness during his three-year tenure. After playing on 62% of the Saints’ snaps during his rookie campaign, Kikaha missed the 2016 season with a torn ACL (the third of his football career) and subsequently saw action on only 209 defensive snaps the following year. New Orleans shopped Kikaha ahead of the 2017 trade deadline, and waived him during final cutdowns.

Both Walden and Kikaha could conceivably play either outside linebacker or defensive end in the 49ers’ 4-3 scheme. At present, San Francisco is deploying former first-round picks Solomon Thomas and Arik Armstead as its starting edge rushers, with Cassius Marsh, Ronald Blair, and Julian Taylor in reserve.