A bizarre situation has unfolded in Buffalo as cornerback Vontae Davis has decided to retire. Davis reportedly pulled himself out of the game at halftime of the Bills’ loss to the Chargers and didn’t return to the game. He then released a statement announcing his retirement. You can read his full statement here. 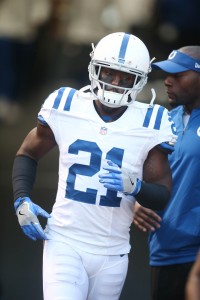 While he said this isn’t how he “pictured retiring from the NFL” he said he had to make the decision because he was no longer physically capable of it. According to Chris Mortensen of ESPN (Twitter link)., Davis changed into street clothes and left the stadium at halftime.

It’s a situation pretty much without precedent in the NFL. Davis’ teammate Lorenzo Alexander called it “completely disrespectful” and said he’d never seen anything like it. It’s another rough headline for a Bills situation that has been disastrous thus far. They’ve lost both their games by multiple scores and had to bench their starting quarterback, Nathan Peterman, after just one game.

The Bills signed Davis back in February and reportedly gave him $3.5MM guaranteed. They’ll almost certainly look to recover most of that money and should be successful. If this is really the end for Davis, he’ll finish his ten-year NFL career with 22 interceptions and 106 passes defended. The 2009 first round pick was a two-time Pro Bowler with the Colts.