Former Steelers and Raiders receiver Martavis Bryant is facing a year-long suspension for violating the league’s substance-abuse policy again, per Adam Schefter of ESPN.com. Rumors of a looming suspension for Bryant had been swirling for some time, but this is the first definitive report on that front. Schefter adds that the NFL could issue an official ruling as early as this week. 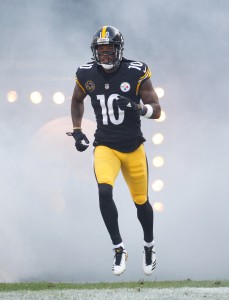 Of course, the Raiders traded a 2018 third-round draft pick to the Steelers to acquire Bryant, but the troubled playmaker never played a down for Oakland. And, given that this would be Bryant’s third suspension in four years, it is possible that he will never play in the NFL again.

Bryant, 26, missed the entire 2016 season after repeated substance-abuse policy violations. However, he played in 15 games for Pittsburgh last year and flashed enough to entice the Raiders to part with the 79th overall pick in this year’s draft. He posted 50 catches for 603 yards and three scores in 2017, though he did clash with the Steelers’ coaching staff.

When he was dealt to Oakland, he promised to turn over a new leaf, but he was unfortunately unable to do so. He will be entitled to counseling from the NFL Players Association, even though his return to the league is now very much in doubt.