The Steelers are re-signing safety Nat Berhe after cutting him yesterday, according to Jeremy Fowler of ESPN (Twitter link). 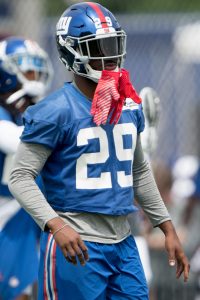 The San Diego State product was drafted in the fifth round by the Giants back in 2014, and spent the first four years of his career in New York. He signed with Pittsburgh back in April, but failed to make the initial 53. Fowler writes that Berhe is “a valuable special teamer.”

Berhe never played a ton on defense for the Giants, but did start two games back in 2016 and could fill in at safety in a pinch. For his career he has 26 tackles across 38 games.