The Cardinals drafted former Temple standout Haason Reddick with the 13th overall pick in the 2017 draft in the hopes that his explosive athleticism would serve him well as a pass rusher and as a run stopper. But Reddick’s development has not gone as planned, as he has played just 30 defensive snaps in the first four weeks of the 2018 season and has struggled to grasp new head coach Steve Wilks‘ defense. 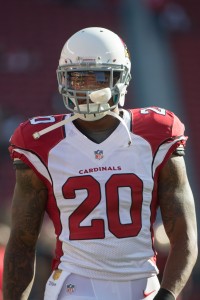 Reddick lost his job as the team’s starting strong side linebacker to veteran journeyman Gerald Hodges, and Jason La Canfora of CBS Sports says that there does not appear to be any change in that regard moving forward. As such, La Canfora writes that other teams are considering a possible trade for Reddick, whose potential is still quite high. While it does not sound as though the Cardinals are actively shopping Reddick, La Canfora says they are generally “willing listeners,” so they may be fielding a lot of calls as we get closer to the October 30 trade deadline.

Another former first-round pick, Deone Bucannon, enjoyed plenty of success during his four-year run with the Cardinals from 2014-17. But like Reddick, Bucannon is not being utilized very much in Wilks’ scheme, which is not a great fit for his smaller body type and his hybrid safety/linebacker skills. Bucannon is eligible for free agency this offseason, and he would probably welcome a trade to a team that can make better use of his skill-set during this pivotal year in his career. Indeed, La Canfora says Bucannon will generate a lot of trade interest as well in the next few weeks.

The 0-4 Cardinals will not be competing for a playoff spot this year, and if they are committed to Wilks in the long-term, it may make sense for them to move Reddick and Bucannon in exchange for draft capital that they can use in their rebuild.

5 comments on “Haason Reddick, Deone Bucannon On The Trade Block?”