Although Chiefs cornerback Kendall Fuller underwent surgery for a fractured wrist, he’s not expected to miss much — if any — game action. Kansas City head coach Andy Reid says Fuller’s injury is a “short-term thing,” and indicated Fuller has a “good chance” to play against the Seahawks on Sunday night, as Brooke Pryor of the Kansas City Star tweets. 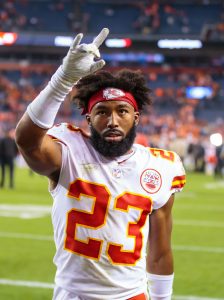 The Chiefs are still the heavy favorites to secure both the AFC West and the No. 1 overall seed in the AFC playoffs, but neither outcome is assured. Kansas City still controls its own destiny — if it defeats Seattle and Oakland to close out the season, KC will win the AFC West. However, if the Chiefs drop one of their games and the Chargers win out, Los Angeles will take the division and the No. 1 seed.

Fuller, whom the Chiefs acquired along with a third-round pick in exchange for quarterback Alex Smith, is arguably Kansas City’s best cornerback (although contract year Steven Nelson is giving him a run for his money). While the Chiefs’ defense hasn’t been great overall, that’s largely reflective of their struggles against the run. Fuller & Co. rank 15th in pass defense DVOA, while Kansas City is last in rush defense DVOA.

The 23-year-old Fuller has played nearly every defensive snap (98.4%) for the Chiefs this season, so the club will certainly be affected if he’s forced to miss even a single contest. Pro Football Focus has been a fan of Fuller’s 2018 work, grading him as the league’s 30 cornerback among 116 qualifiers. If Fuller can’t go on Sunday, Kansas City would likely move nickel corner Orlando Scandrick into the starting lineup.