The Broncos’ head coaching search may soon be coming to a close. Denver is GM John Elway appears to be deciding between Bears defensive coordinator Vic Fangio and Steelers offensive line coach Mike Munchak, according to Mike Klis of 9News. 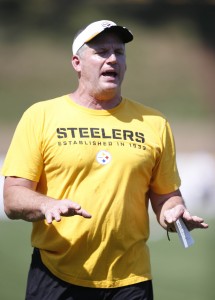 Fangio was largely overlooked in last year’s cycle, but he’s high atop the Broncos’ list this year. The two sides met on Monday and Elway was said to be seriously mulling him on his flight home. Fangio is 60 and has never been a head coach his 40 years of coaching, but his resume and recent results are impressive. In 2018, the Bears ranked No. 1 in scoring defense and allowed just 17.7 points per game. For all of the Broncos’ offensive woes, they’d be doing a lot better if they got back to being one of the league’s scariest defenses.

Munchak, meanwhile, is widely regarded as one of the best offensive line coaches in the NFL. Since taking the job in Pittsburgh, Ben Roethlisberger‘s sack rate has been cut roughly in half, which is no small feat. Unlike Fangio, Munchak boasts previous head coaching experience, though he’s also in the same age range. Munchak will turn 59 in March, but Elway does not seem afraid of bucking the league’s youth-forward trend.