Sean Payton‘s longtime right-hand man, Pete Carmichael has not been a fixture on recent coaching carousels. The Packers, though, want to amend that. 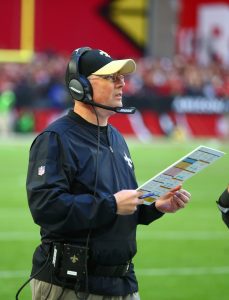 Carmichael has been with the Saints since Payton’s 2006 arrival, ascending to the role of offensive coordinator in advance of New Orleans’ 2009 Super Bowl season. The 47-year-old assistant is the league’s longest-tenured OC. Payton being the architect of the Saints’ perennially explosive offenses, teams have not made Carmichael a priority in coaching searches.

New Orleans’ offenses have ranked in the top 10 in both scoring and total yardage in nine of Carmichael’s 10 years, the one outlier being an 11th-place points ranking in 2010. During Payton’s Bountygate suspension season, 2012, the Saints ranked second in yardage and scored the third-most points.