The Falcons are parting ways with kicker Matt Bryant. The club informed him of his impending release, according to an announcement from Bryant on social media. 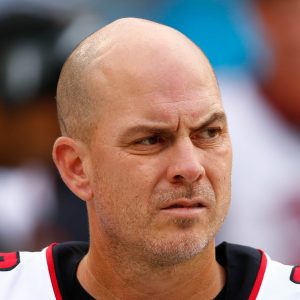 “I was informed last night that the team was moving on from my services and that I would be released,” Bryant wrote. “I want to say thank you to all the fans that have stood with me and my family during our time here. I take great pride in my body of work on and off the field. I hope I have represented you well while I was here. It was an honor to be a part of some big moments in this franchise’s history. This chapter is now closed. I look forward to bringing the success and consistency that I’ve produced to my next team.”

Bryant has repeatedly said that he plans to play into his age-44 season. His age could work against him in free agency, but his 2018 season proved that he still has something left in the tank. Bryant connected on 20 of 21 field goals, including a 57-yarder, giving him a 95.2% completion percentage. He also sank 33 of 35 extra point tries.

Bryant signed a three-year, $10.5MM extension with Atlanta last offseason that would have carried him through the 2020 season. Under the old deal, he would have made $2.45MM base salary in ’19.