Ian Rapoport of the NFL Network reports that Patriots tight end Rob Gronkowski may be leaning towards a return in 2019 (video link). Agent Drew Rosenhaus said that he spoke with Gronk recently but that the star tight end still has not made a firm decision. 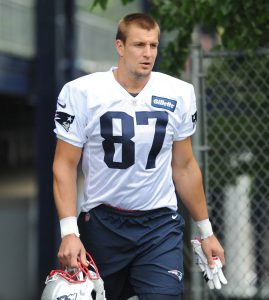 However, Rapoport says that other people close to Gronkowski believe it is more likely he plays next season, and that he will put off retirement for at least one more year. The Patriots are also tentatively planning to have the soon-to-be 30-year-old suit up for them in 2019.

Rapoport indicates that New England has been involved in the tight end market to some degree over the past couple of days, but it does not sound as if they are anxiously seeking a Gronkowski replacement (not that there are too many intriguing TEs available anyway). Combined with several reports we heard back in February, it is looking more and more like Tom Brady will have one of his best weapons back as he seeks his seventh Super Bowl championship.