After losing Tyrann Mathieu to the Chiefs, it sounds like the Texans have shifted their focus to another veteran safety. Draft analyst Tony Pauline reports (via Twitter) that Houston is preparing a “big push” for Earl Thomas. 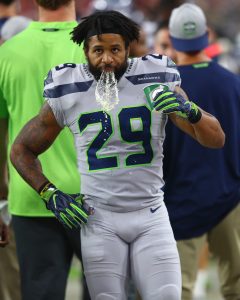 Thomas has consistently been connected to another Texas franchise, the Cowboys, through must of the past year. The 29-year-old is from Texas and played college football with the Longhorns. Unless he’s absolutely focused on joining Dallas, Houston would seem to be a natural fit.

However, money could end up being an issue. Recent reports indicated that the veteran was seeking a deal that would pay him $13MM annually, and he was motivated to be the highest-paid player at his position. Mathieu ended up inking a deal with Kansas City that has a $14MM average annual value; if the Texans were (presumably) unwilling to shell out that kind of money on one of their own players, it’s hard to envision them paying money to a different (and older) safety.

Thomas played in just four games last season before a leg injury landed him on injured reserve, but he’ll be fully recovered by the time the 2019 season rolls around. The six-time Pro Bowler would be a massive addition to the Cowboys’ already promising defense.