New Jets head coach (and interim GM) may not have wanted Le’Veon Bell, but the two have been in constant contact this offseason, a source tells Brian Costello of the New York Post. Furthermore, Costello hears the conversations have been positive. 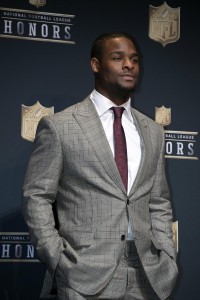 Armed with $100MM+ in cap space, the Jets used a big chunk of their available money to ink the running back to a four-year, $52MM deal. Gase didn’t want the club to spend big bucks on any rusher, but GM Mike Maccagnan got his way and landed one of the league’s most dynamic offensive talents with an average annual value of $13MM. This week, the Jets sacked Maccagnan in a curiously-timed move.

“There’s been a bunch of false reports and speculation about me in the past about things I’ve said and done, so I’m used to this,” Bell tweeted earlier this week. “I don’t jump to conclusions when I hear or see a story that may affect me. Even if reports are true, that won’t stop me from doing what I came here to do…everyone has a job to do, and I’m gonna do mine whether people “like” me or not. I’m here to win football games.”

Bell and Gase have little choice in the matter as both men are set to be together through at least the 2022 season. The running back did not show for the start of the Jets’ voluntary workouts in May, but he is expected to arrive for mandatory minicamp in June.