The Patriots are planning to sign free agent offensive tackle Jared Veldheer later this week, sources tell Ian Rapoport and Tom Pelissero of NFL.com (on Twitter). The veteran met with the Pats last week and, days later, the two sides appear to have agreed on numbers. 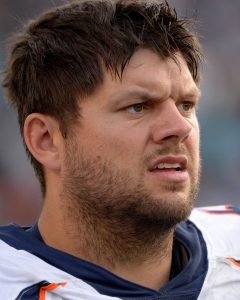 Once completed, it’ll be a one-year, $3.5MM deal with a maximum value of $6.5MM, according to Adam Caplan of SiriusXM (on Twitter).

A nine-year veteran, Veldheer started 12 games in Denver last season and graded as Pro Football Focus’ No. 58-rated tackle. Veldheer has more experience playing left tackle, having lined up there with the Raiders and Cardinals for several years. But, the Cards switched Veldheer and D.J. Humphries in 2017, moving him over to the right side. The 31-year-old (32 in June) may be a swing option for the Patriots in the upcoming year.

New England drafted third-round tackle Yodny Cajuste but lost Trent Brown and LaAdrian Waddle this offseason. Meanwhile, they have 2018 first-rounder Isaiah Wynn coming off a season-nullifying torn Achilles. All of this leaves them with a depth need that Veldheer can fill.